I think he drank the gravy train

As a Canadian, I consider it my patriotic duty to make fun of other countries governments, particularly the US. Between shutting down the government (which really amounted to a right-wing tantrum...grow up and learn to play nice with the adults, asshats), Michelle Bachmann (I believe I don't even need to say anything here), the anti-gay marriage sentiment (because straight people have been such a shining example of successful marriage) , Michelle Bachmann (seriously people, who voted this nutbag into any sort of position of authority??) and the inexplicable argument over healthcare (Healthcare for all citizens?? That's communism!! How dare people believe they have a right to not die because they can't afford to seek medical treatment?), American politics have long been a comedic goldmine. Of course, the US gives it back to Canada, ribbing us about riding polar bears to work, mainlining double-doubles from Timmies and the fact our mounties wear the stupidest looking pants in the universe. However, most of that shit rolls off out backs because we secretly feel superior. 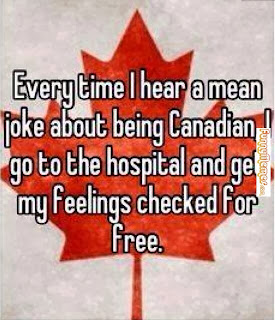 Until now. Thanks to Rob Ford. The crack-smoking, drunk, sweaty, inappropriately hands-y mayor of Toronto. As a Canadian, I'm slightly embarrassed and realizing karma just punched Canadians in the esophagus with a dirty old crackpipe. As a person who appreciates an amazing political trainwreck, this is comedy gold. No, platinum. Seriously, watching this thing play out in the news has been breath-taking in it's unbelievability. Public appearances while hammered, close associations with drug traffickers, narcissistic statements, death threats, propositioning and groping a female mayoral candidate...just a few highlights of His Sweatiness's track record of bizarre behaviour that was recently capped off with a video of him smoking crack (for a comprehensive timeline, I will direct you to this blog post, which has probably put the authour at the top of Rob Ford's hit list and very likely gave birth to a rant very much like this one (fyi: surprisingly, Mr Ford manages to making it all the way through this video rant without stroking out. Impressive. And leaves me thinking he sold his soul to some evil entity in exchange for an extremely high drug tolerance and unlimited doughnuts).

So, without further ado, allow me to showcase some of the internet hilarity that has become the legacy of Toronto's mayor... 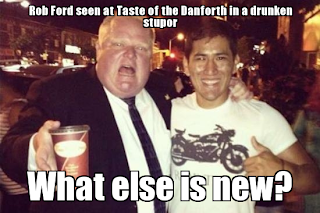 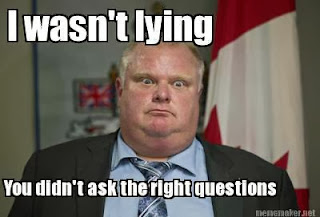 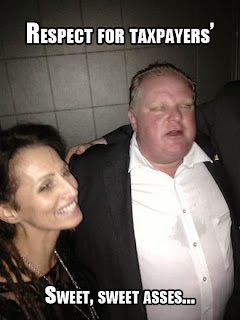 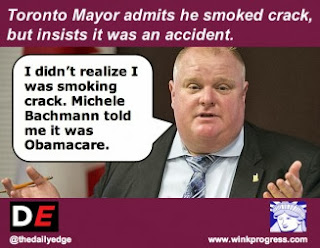 Toronto, you have some explaining to do