This post idea comes from the other site I blog on, but I decided to post it here too

These are some of the things I learned in the last year:

1) Thrift store shopping is way more satisfying than buying brand new. It’s treasure hunting for the broke and cheap but instead of a chest full of gold, it’s a pair of leather boots in fucking mint condition for $5.…jackpot, motherfucker!

3) Don’t try to climb over a gate when drunk, especially when your best friend is egging you on by slurring “Dooooon’t woooooorrry, itshhh fiiiine….I caaaaatch yeeewww if yeeeewww faaaaall”. Because she won’t catch you, due to the fact she’s so fucking drunk she can barely stand up herself and you’ll fall face first into gravel and look like you got hit by a truck in the morning.

4) My liver hates me far more now then it did in my 20’s. Damn you, delicious alcohol.

5) Stress is an effective but horrible way to lose weight and I don’t recommend it unless you’re a fucking masochist who enjoys depression and un-ending crying jags that leave you with zero interest in food.

6) Even a techno-moron like me can figure out how to use an e-reader.

7) What doesn’t kill me makes me stronger. Ok, I learned that a long time ago, but it’s one of those things you re-learn every time you’re teetering on that emotional cliff.

8 ) There is a zen art to golfing. You have to become one with the ball. And if that fails, stomp around the green while swearing in copious amounts, throw your putter at the nearest tree and threaten to run the ball over with your car if it doesn’t fucking co -operate and get in the fucking hole right fucking now.

10) Laughter truly is the best medicine. Followed closely by valium.

11) There is no such thing as owning too many books. Until you have to move them. But as soon as they’re all back on the bookshelf you get post-move amnesia and you’re back to believing the no-such-thing-as-too-many-books truth again.

12) And finally: “Ruin is a gift. Ruin is the road to transformation”(Elizabeth Gilbert). Fucking rights it is. 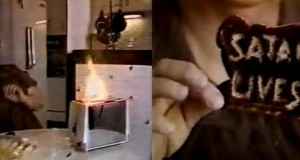 Posted by Maple Syrup Land at 1:59 pm No comments:


I read an article this morning that added more fuel to the fire that is Stacey’s Paranoia: Apocalypse/End of the World Division (fyi: all my paranoia has been neatly categorized and organized for more convenient panic attacks…and yes, I would make it all into a powerpoint presentation with graphs and piecharts if I knew how to do powerpoint). The Bulletin of Atomic Scientists have this doomsday clock they use as a symbol of an imminent apocalypse ( I wish I was making this shit up) and will be deciding at 1 PM EST today if they will nudge it forward towards humanity’s inevitable destruction.
How’s that for something to mull over your morning caffeine fix? I know I’m WIDE awake now.
Currently the clock is at 6 minutes to midnight and is calculated by looking at the current state of nuclear weapons, climate change and biosecurity, along with other issues that could influence humanity's survival. Are we really only 6 minutes (figuratively) from the brink of total destruction?? I would have thought it was only about 9:46 or so. Either someone is even more paranoid than me and has their finger hovering over that big red button that will make everything go boom or this is a government conspiracy in conjunction with the media and corporations like Walmart to throw us all in a panic so we run out and buy a bunch of shit we don’t need in order to make ourselves feel better and give us a false sense of security.
Either way, someone needs to calm the hell down, because the new season of Jersey Shore just started last week and it is completely imperative we don’t explode in a nuclear fireball until I find out if Snooki’s boyfriend finally gets clued in that she did have sex with the Situation.
I may be paranoid but I still have priorities, you know.
Posted by Maple Syrup Land at 8:40 am 1 comment:


Thanks to technology (insert sarcasm here. Because I hate technology. And I’m saying that as I type this from my laptop while checking my Blackberry for messages. So also insert hypocrisy here) the English language has been subverted by hipsters, computer geeks and 15 year-olds into something that resembles letter vomit if you aren’t in the know. Screw a regular dictionary (not really recommended anyway because of the pointy edges and potential for papercuts in delicate areas)…you need the Urban Dictionary to translate this shit.
One of my other blogs is on tumblr and about 63% of the time I have no clue what anyone is talking about.  I follow mainly humour blogs mostly written by college students stoned on Red bull and Adderall/30 year old mouth-breathers living in their mom’s basements/hip people who take pictures of their lunch with their Instagram (who cares it was “taken with an Instagram”? It’s a pic of your pad thai, not the Mona Lisa, you pretentious asshat). Most of the posts don’t have much writing (if any) to them…they’re usually pics the poster has cleverly captioned or reblogged and added their 2 cents to, which is why I have a blog there in the first place…to use as my messed up pic repository
Anyway this techno geek tribe has their own language and I’ll be f-ed if I can figure out what they’re saying. And when I do on occasion figure it out I feel all smug and self-satisfied until I remember I’m a 40 years old who has no clue who Crystal Castles or Mac Miller are and don’t care either. It took about 9 months to decipher “gpoy” (great picture of yourself) so I figure another 4 years and I’ll know what
”ASG ASDFBASBNAEFDVSZ “ or “adljghjadgs” means (and I’m not kidding that those letters mean something…I just copied and pasted it off a post). I do however now know why Rick Santorum is being referred to as Assfroth (SpreadingSantorum…gooogle it), bacon is it’s own food group (like there was ever any doubt) and that you can’t help but say “Stap it Rahn Yer Trahmahtizing Meh” in your own head and not say it in Sammi Sweetheart’s voice, which is funny and totally annoying at the same time. So I figure I’m coming out ahead, knowledge-wise in the end
Posted by Maple Syrup Land at 8:54 am No comments: